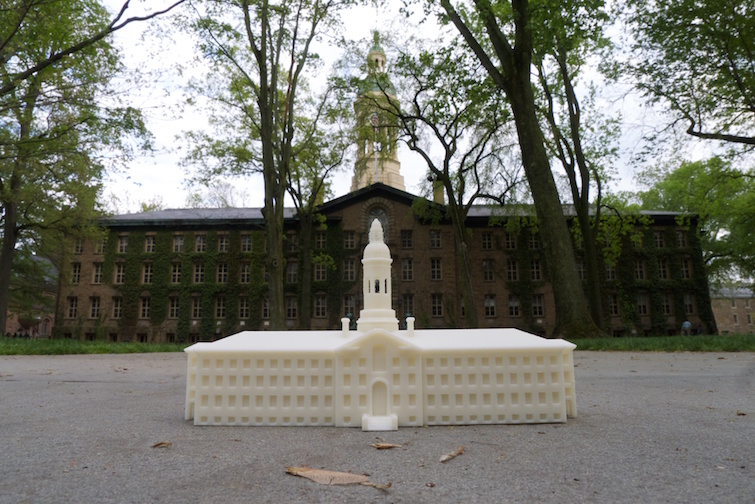 The motivation behind this project came from my discovery of the Historic American Buildings Survey, a fantastic federal program dating started during the New Deal to put out of work architects to work documenting important historical buildings throughout the United States. Today, this program continues to be administered by the National Park Service under as one of the Heritage Documentation Programs.

Most importantly, all of the wonderfully detailed drawings produced by these programs are available online on the Library of Congress's website. Since these documents were produced as part of a government program, everything is public domain and free to use. All of the source material for this project came from the 1936 HABS survey of Nassau Hall. High resolution tiff versions were easily downloaded from the Library of Congress website. The amount of detail put into these drawings is absolutely amazing. 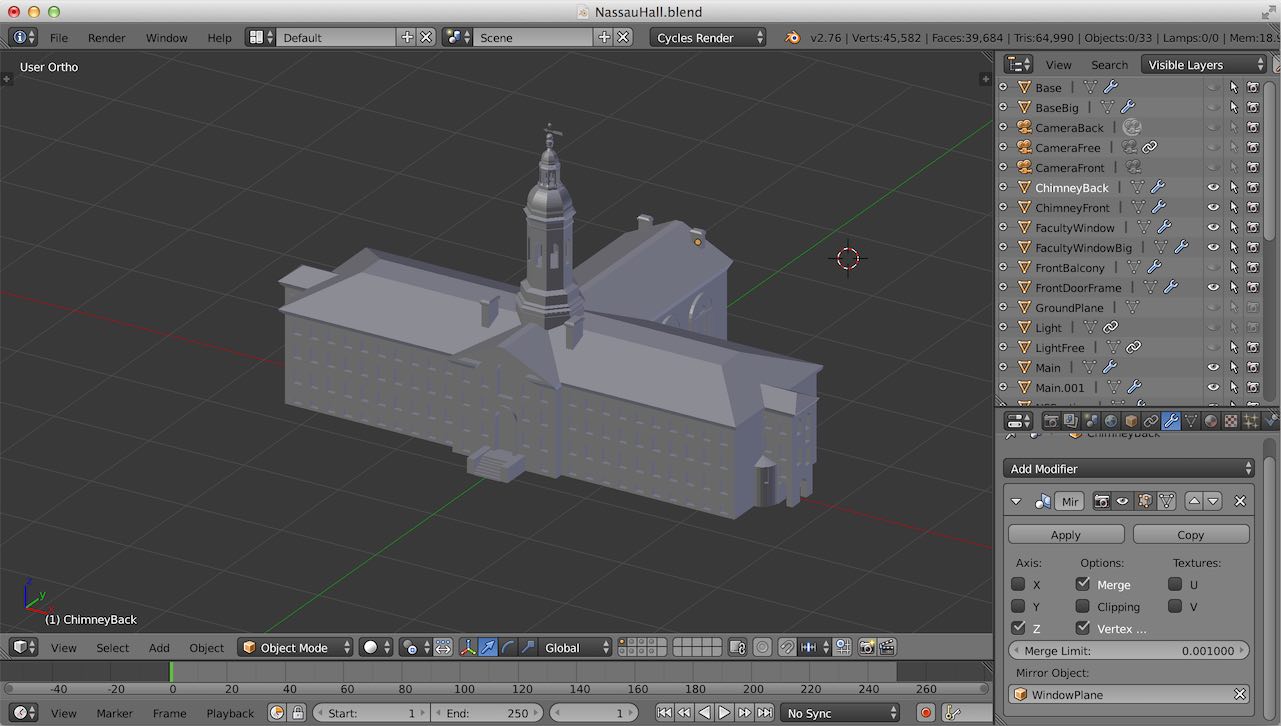 I used Blender as my modeling software of choice. By importing the HABS drawings as background images, I could visually position the model geometry to match the drawings. 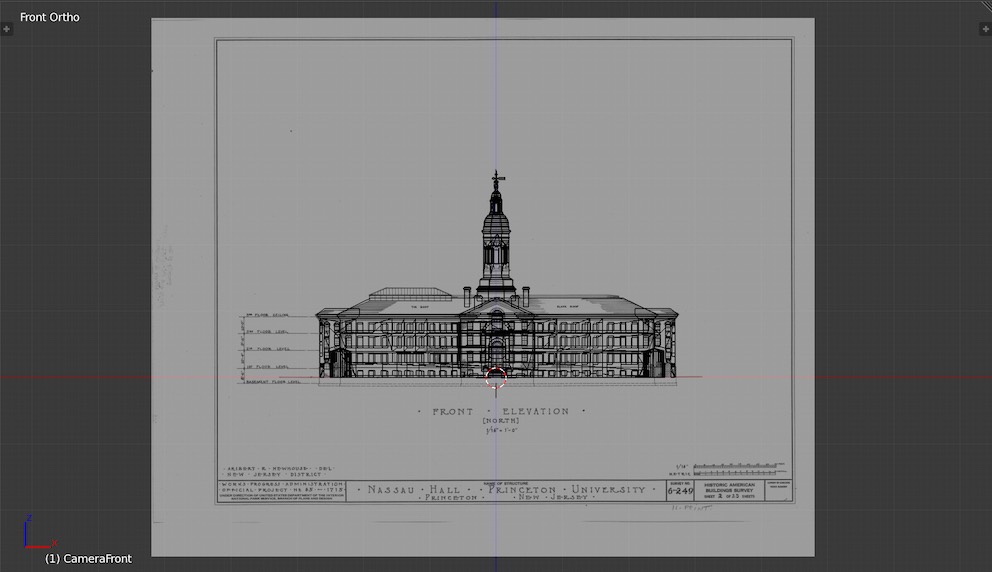 I started with two cubes, one scaled to roughly fit the main building and the other positioned for the wing at the rear of the building. The roof was extruded up from these cubes. The tower was made using an octagonal prism (in practice, an eight sided cylinder) extruded and scaled. All the windows were created with boolean operations with arrays of smaller cubes.

Since a lot of boolean operations were used to construct the model, many repairs had to be made before it was ready for printing. After performing some basic cleanup in Blender to merge duplicate verticies and flip some errant normals, I used the Netfabb tool for mesh repair. The resulting stl's were suitable for printing. 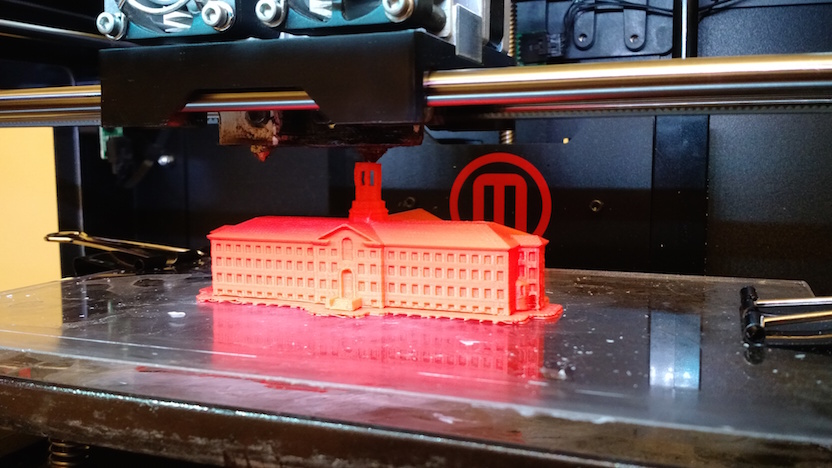 I used the Princeton 3D Printing club's Makerbot Replicator 2X for printing the first copy of this model. This model was a few inches across and took about an two hours to print in ABS with 10% infill and 0.2mm layer height.

Around this time, the Council of Science and Technology's Studiolab acquired a Stratasys uPrint printer. I had the opportunity to get a few large high resolution prints of Nassau Hall made on this printer. These were about six inches across at 0.1mm layer height, using PLA and dissolvable filament. This took about 8-9 hours, but the final print quality was amazing. This is the version shown in the title image at the top of this article.