In preparation for the fall recruiting season of senior year, I decided to make a PCB business card. While I had seen other examples of PCB cards before, most of them either had no circuitry or focused on microcontroller-based circuits. For my card, I wanted to take a middle route which took advantage of the aesthetic possibilities of PCB design while demonstrating some simple electrical functionallity.

The final design has two touch pads that turn the ring of yellow LED's on and off. The circuitry is powered by a standard 2032 coin cell. The front of the card has my name and basic contact info, and the back silkscreen shows a copy of the board schematic.

Design files are posted in this Github repo. 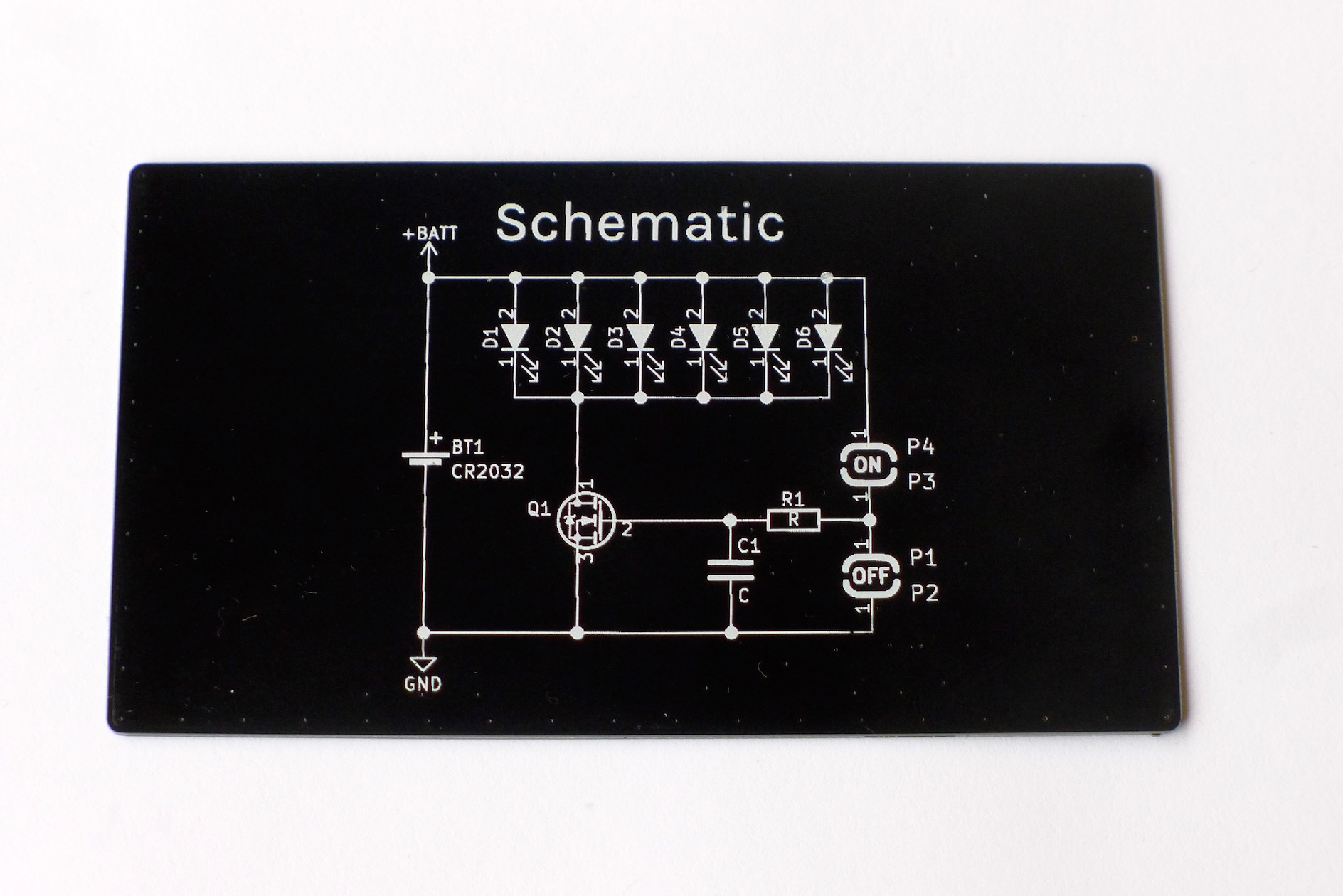 While the circuit may seem quite simple, it takes advantage of a number of non-obvious properties to make touch control possible. The N-MOSFET acts as a standard low-side switch, turning the yellow LED's on and off. The CR2032 coin cell supplies 2.8-3.0V, and its own internal resistance provides current limiting for the LED's.

The touch pads rely on skin conductivity to charge up the gate capacitance of the MOSFET. While for most purposes skin may seem like an insulator, people are suprisingly conductive. Some quick work with a multimeter showed most people's fingers seemed to be range between 10 and 20 MOhm. The MOSFET on the board also isn't an ideal component. There is a small but still significant capacitance between the gate and source of the MOSFET. In the case of the FDV301N MOSFETS used on this board, the input capacitance is specified to be about 9.5pF.

When a person bridges one pair of touch pads with their finger, this formes an RC circuit with a time constant of about 0.1-0.2 milliseconds. Pressing on the "ON" button charges the gate capacitance, turning the MOSFET on, while pressing the "OFF" button discharges the gate capacitance, turning the MOSFET off. A series resistor is added on the input line to help suppress stray induced currents, which would cause the LED's to flicker or turn on without being touched. The value is not critical, as long as it is relatively small compared to skin resistance. I also added pads for an extra capacitor to be added in parallel to the MOSFET's gate capacitance to tune the time constant, but ultimately this proved unnecessary. 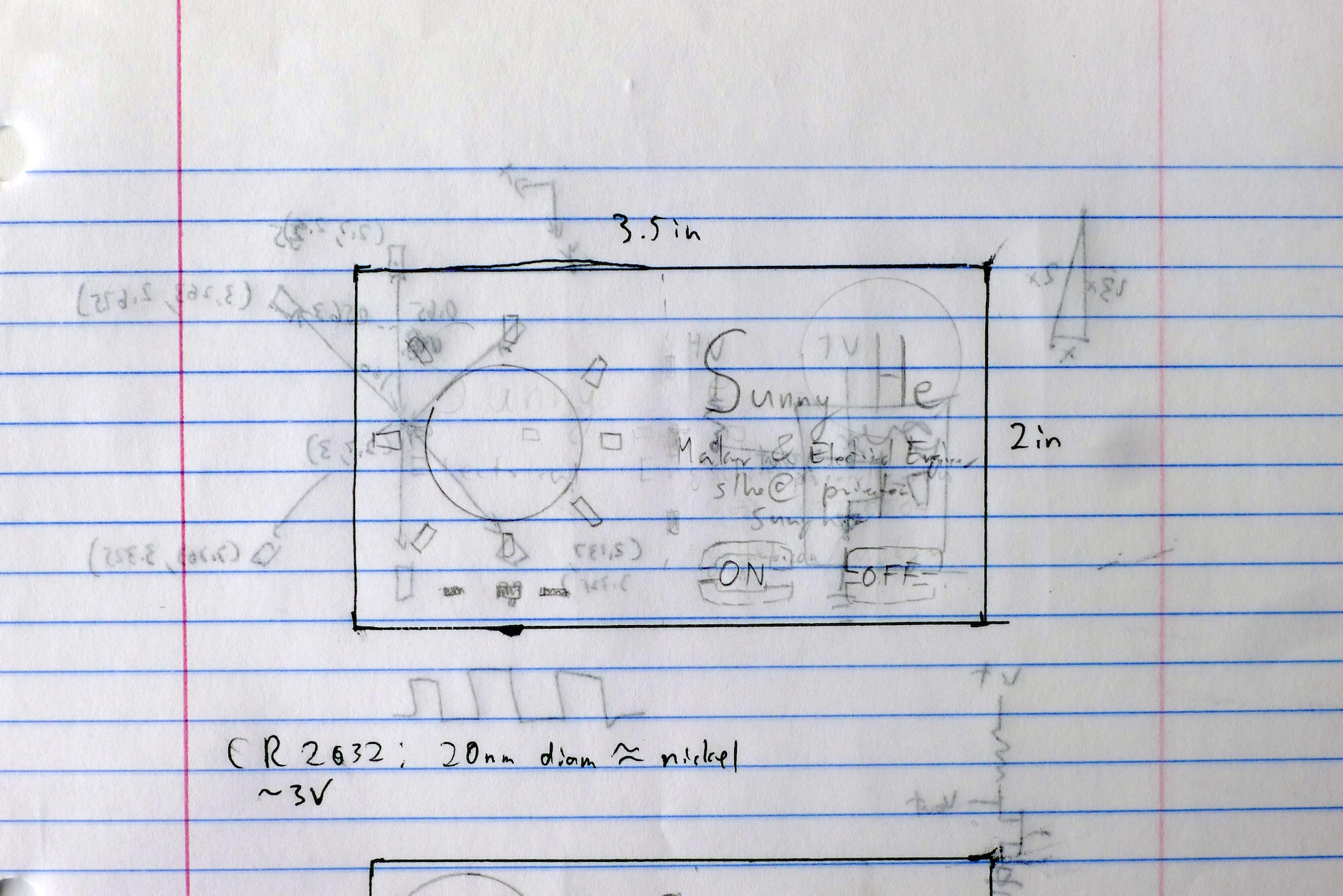 I performed the inital brainstorming and rough design on paper, mocking up different options with pencil in a ink 3.5x2" rectangle. I had the idea for the MOSFET-based touch circuit from earlier work, but there were some special design contraints to work with for this board.

I eventually settled on a star formation of LED's arranged around the battery, taking advantage of the dominating circular form to evoke a classic star or "sun" shape. 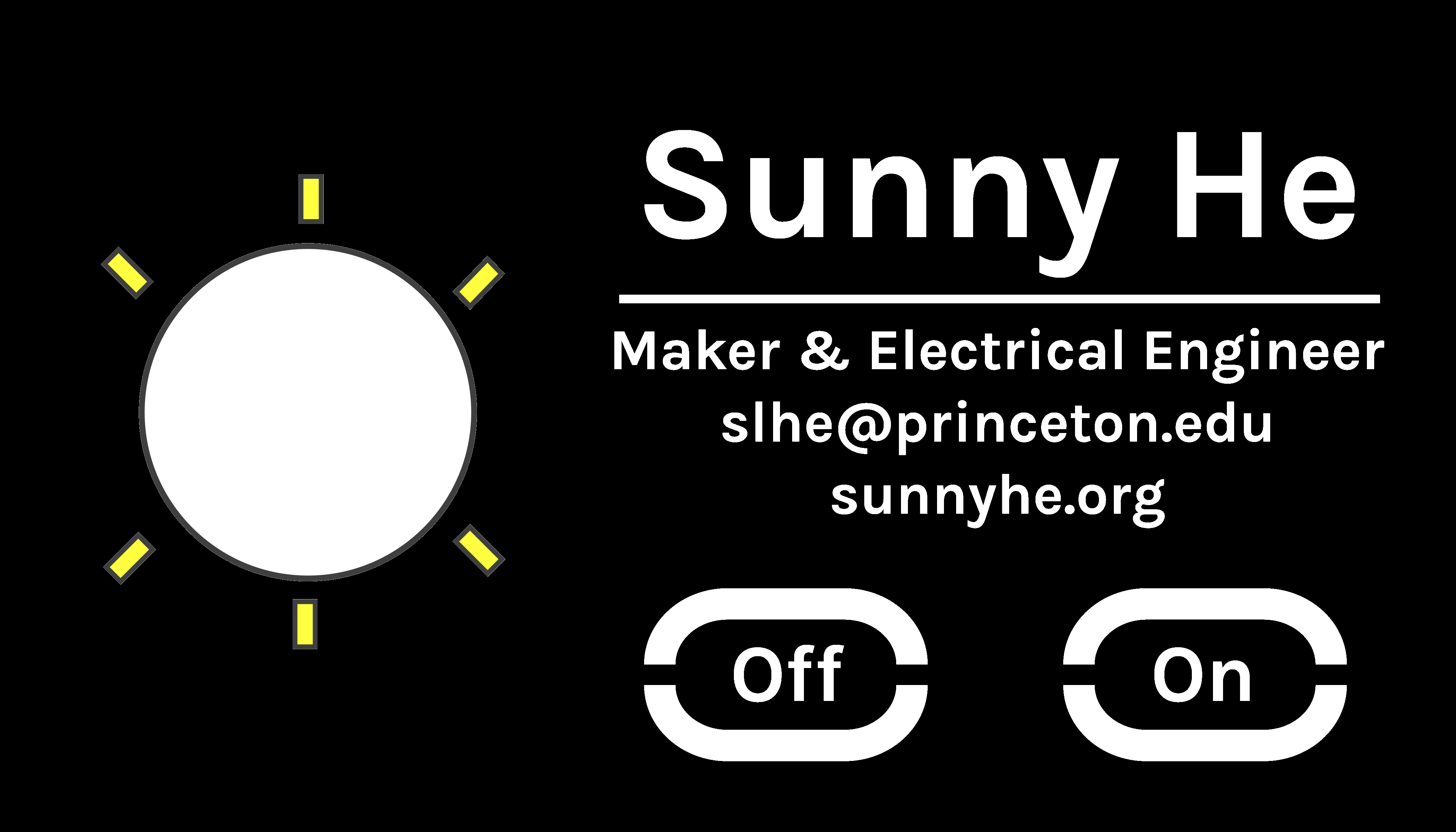 Next the design was finalized in Inkscape as an SVG vector file. I used the Google Fonts tool to find the Karla font used for all the lettering. 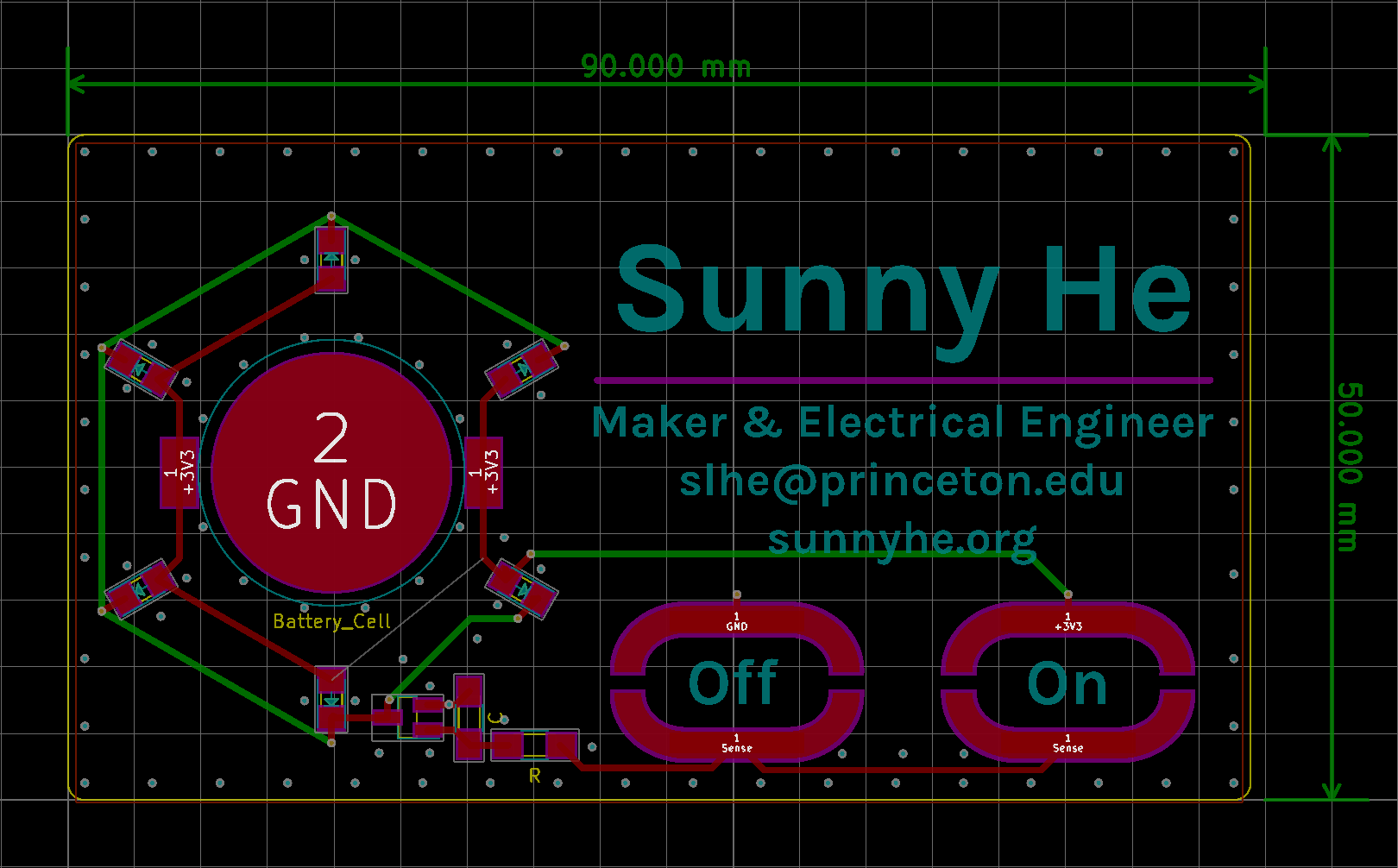 The rest of the board layout was performed in KiCAD. Silkscreen elements were directly converted into KiCAD components using the svg2mod tool. The touch pads were individually made into their own components in order to properly define pads and solder mask. The image of the schematic on the rear was created by plotting an SVG representation of the schematic from KiCAD, then cleanup and conversion to a PNG in Inkscape, followed by importing via the bitmap2component tool in KiCAD. The svg2mod tool had difficulty with the thin lines in the schematic, and bitmap conversion proved to give a much better result. I also resized the board slightly, to 50x90mm. 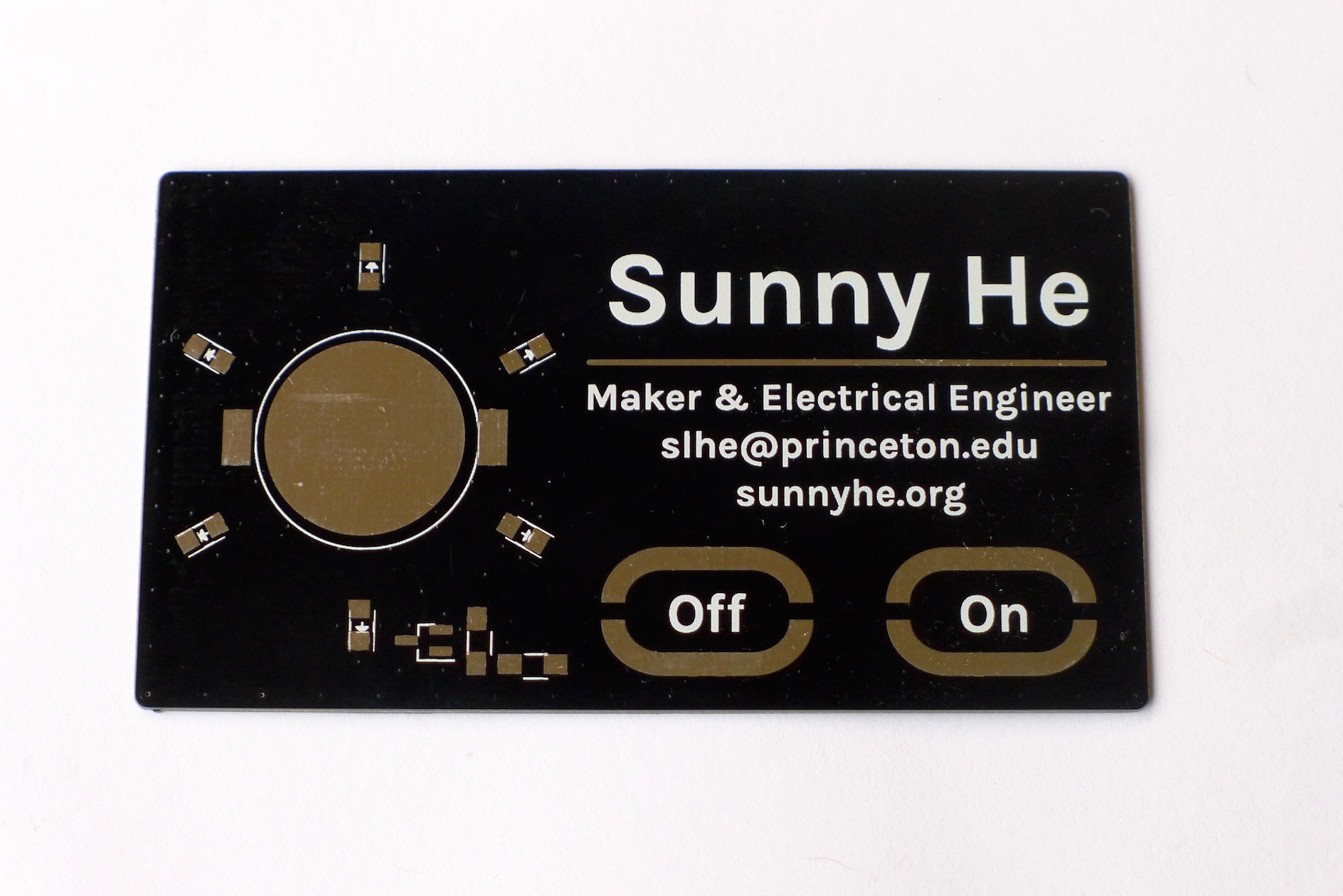 I ordered ten boards from Elecrow's PCB service, choosing a black soldermask and 0.6mm thickness. With DHL shipping ($17.04), the total price came out to $28.54. Elecrow has a nice habit of sending extra boards, so I ended up with 11 boards at a cost of $2.59 each.